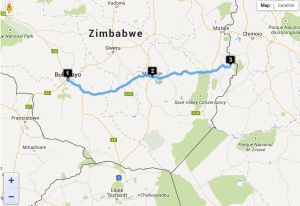 Traveling through Zimbabwe by local transport was very interesting and different to say the least. After spending a night in Bulawayo, I decided to head east to Masvingo or keep going to the Chimanimani mountains. Waking up early, I caught the local taxi into town and started asking around to find transport to Masvingo. The people in Zimbabwe are very nice and helpful and before long I was pointed in the right direction. Waiting on the side of the street with other Zimbabweans heading to Masvingo we waited for the taxi to show up. Cramming 18 people into 15 seats, this was going to be a fun ride.

The trip lasted 5 hours and I was in the middle of the back row with two people on either side of me. Needless to say I was the only white person in the van. This was definitely the longest five hours of my life being squished, uncomfortable, hot, and sweaty. Luckily we made it to Masvingo and since it was a little before 1pm, I decided to take the gamble and continue to the Chimanimani mountains. 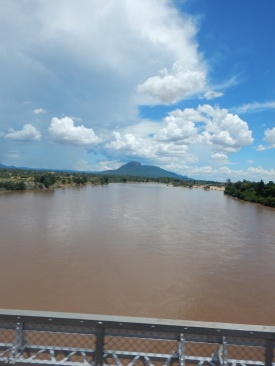 Crossing the Save River

Transferring vehicles, I lucked out this time and caught a local bus heading to Mutare. This bus was like an old greyhound and the key word here being OLD. I couldn’t complain too much though because this time I actually had room to sit and took up two empty seats. This part of the journey was better than the small taxi and after a few hours, we made a pit stop. Everyone hopped off to buy some snacks while I wandered off into the worst restroom I have ever been into in my entire life. It was horrendous and smelt of terrible things. Happy to be out of there and on the road again, I met a guy that was traveling to his house near Chimanimani and he said he would help me out. Since this bus was headed to Mutare, he told the conductor to drop us off at a small town near the base of the mountain.

As we got dropped off, it was getting late and the sun was going down. We met some other locals that were heading up the mountain as well. Piling into a van, there was a freezer in the back, bags of mulch, and all of our bags on the roof. Not having enough rope to tie down the bags on the roof, one of the guys hopped on top of the van to hold the bags while we drove 10km down the road to get more. After obtaining more rope and getting all our belongings tied down, we were on our way up the mountain. Boy was this a fun drive and even the inside of the van the roof was caving in from the weight! The total cost of this 12 hour, 528km (328 mi) day of travel was a whopping $30. 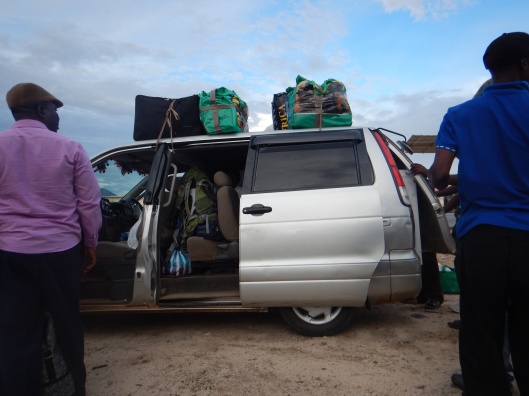 Almost All Loaded Up

Leaving Chimanimani, I caught the local taxi down the mountain and people inside were carrying live chickens with them. After the hour and a half drive down the mountain, I was dropped off in the small town and lucked out with a local bus coming through. Not only did I not have to wait long, I also had some room to myself making this ride more comfortable. Not wanting to spend another bone aching 12 hours traveling at one time, I broke up the trip and stopped off in Masvingo to visit great Zimbabwe for a day.

After visiting Masvingo, I was fortunate again to catch a big bus back to Bulawayo and not the small crammed taxi. This definitely made the five hour journey a ton better! I spent the night in Bulawayo and walked around the town for a day until it was time to catch the overnight train to Victoria Falls! 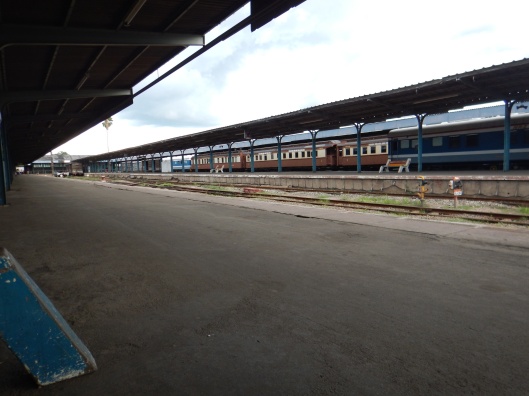 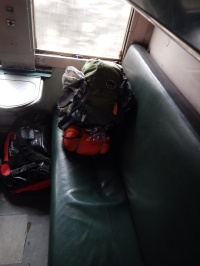 The train station was run down and big surprise so was the train. It didn’t look like it had been maintained much since it was first operational. Luckily I only spent $10 for my second class sleeper cab ticket. This was by far the worst train I have been on. It took 14 hours to get from Bulawayo to Victoria Falls which is only a 4 1/2 hour drive by car. Every time the train got up to speed it would constantly rock side to side making it such a pain to sleep. On top of that, we would stop every 30 minutes to pick up and drop off passengers. 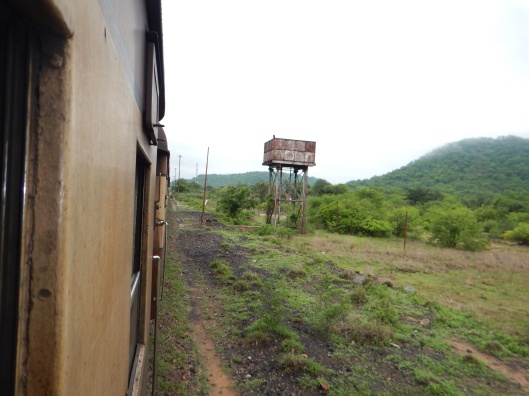 Waking up in the morning, I looked out of the window while at one of the stops and there were baboons everywhere. They were walking up and down the tracks, climbing on the train, and running on the roof of the train. I was able to get a couple pictures and then went back inside my cabin to eat some food. As I sat down, a baboon climbed in through my window, scared me and climbed back out. It was crazy! At last, we made it to Victoria Falls all in one piece. 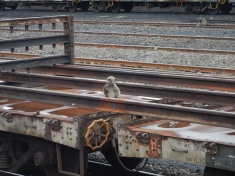 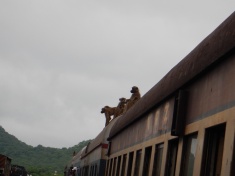 Just Hanging out on the Roof

Local transport in Zimbabwe isn’t always the best, most comfortable, or safe but it will always provide an experience. Between live chickens, cramped sitting space, vehicles loaded down with an ungodly amount of bags and weight, and being the only white person, I wouldn’t have traveled through Zimbabwe any other way. With the cost so low to travel 1500km (932 mi) for a mere $75 it was definitely worth it. I was able to see most of Zimbabwe and intermingle with locals and learn about their daily lives. Spending time on local transportation gave me insight into how Zimbabweans live as well as meet many friendly and helpful people. After traveling this way, I am definitely grateful and appreciative for the blessings that I have been given.

2 thoughts on “Local Transport Through Zimbabwe”