Before I begin, I would just like to dedicate this post to a good friend of mine. He was a great gymnast at Pinetown Gymnastics. Always able to bring a smile to everyone’s face and had such a lively spirit about him. Unfortunately, he passed away last week in a car accident. Lindokuhle Sithole (LJ) you will always be remembered and I am honored to have known you as such a good friend. May you Rest In Peace, 7th April, 2015.

I had such a wonderful time in Durban. It became a second home for me while I was there. Being able to cover everything that was done for me as well as all the fun experiences I had, will be difficult. I am going a to try my best to cover what a special place this was. 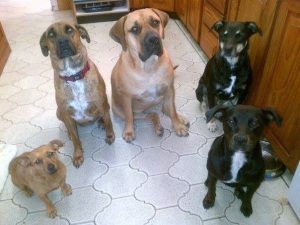 Living with Allan and Paddy for four months was incredible. They helped make my stay in SA a whole lot easier and were very welcoming. Taking me right into their home and treating me as if I was another son of theirs. I felt right at home and even their five dogs loved me. There was never a shortage of food in the house and dinners were always excellent! Enjoying morning coffee talking to Paddy out on the back porch with a beautiful view, will be missed.

Weekends were spent braaiing or going to a cricket or rugby game. With Casey’s house right down the road from Allan’s, I spent many weekends over there hanging out with him and his wife Taryn. We had many good times together that I won’t forget. Allan would get box tickets to cricket games where we would sit and enjoy free food with some great seats. Rugby was also another sport I got into. Being able to get to go to a couple games and support the Sharks was a blast! We even endured wet raining weather for some seats that were given to us a couple rows from the field.

Seats so close to the field! 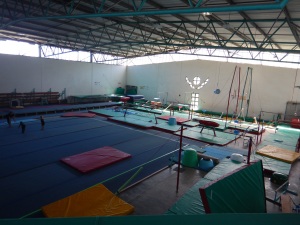 Spending a lot of time in the gym, felt just like home. I had the great privilege to work and help the girls team as well as the boys. The staff at Pinetown Gymnastics were fantastic, very welcoming, and a blast to work with. Coaching has always been a passion of mine and I truly enjoyed working and helping the girls team. They have definitely impacted my life and made leaving very difficult. The girls even threw me a going away party and to top it off a couple of the them came to the the airport to see me off! 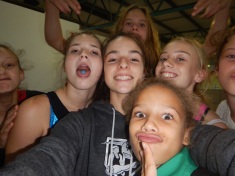 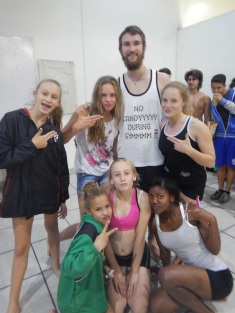 During my stay in Durban, I made some really good friends that I definitely miss. Among these are Jesse, Casey, Taryn, and Rowan. Jesse is as big of a gym rat as I am and we got along great. Back in college we had competed against each other but never really talked until this point in time. Our days were spent in the gym together working out, talking, and coaching. It was a blast hanging out and becoming such good friends with Jesse.

The first weekend in SA, I spent alone with the five dogs at the house since Allan and Paddy were away for a competition. Lucky for me, Allan told his son Casey to come pick me up. Well Saturday came around and Casey and Taryn picked me up to go to a potjiekos. I was able to eat great food while meeting new people as well as get to know Casey and Taryn. After that, we spent many weekends and nights hanging out. Many times we would also hang out with Rowan who is Casey’s cousin. Braaiing on the weekends was a blast with them and everyone else.

Me, Wade, Taryn, and Casey

I can’t even express the amount of gratitude I have for everyone in Pinetown. Allan and Paddy for taking care of me and treating me so nicely. All of the wonderful people I was able to work with Jesse, Natalie, Louise, and Mbally just to name a few. They are all great coaches and it was wonderful helping out and learning from them as well. Casey, Taryn, and Rowan were always a blast to hang out with whether it was for a braai or just to grab a couple drinks. I definitely miss South Africa and can’t wait until I get to go back again.

One of my Favorite Presents Everyone Signed 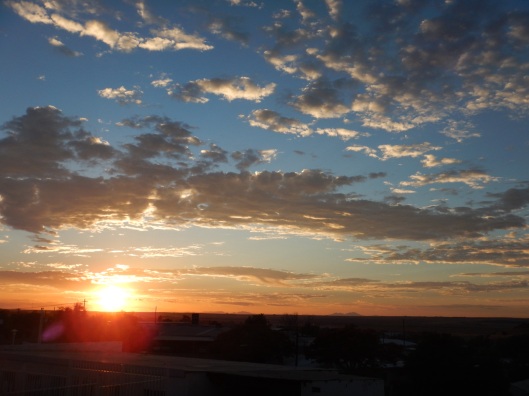