Leaving Lars and Vera at the farm on Monday morning, it was a pretty short distance of 65km (40mi) to the next stop in Norresundby. This gave me enough time to relax and enjoy the ride without any kind of rush. The plan was to follow the gps route I uploaded the night before, but that quickly changed as my wheels turned down every back road/dirt road I could find. Very different than most of my traveling to date but it lead me across some cool finds.

…this road hasn’t been used for awhile!

Some wide open country to enjoy! 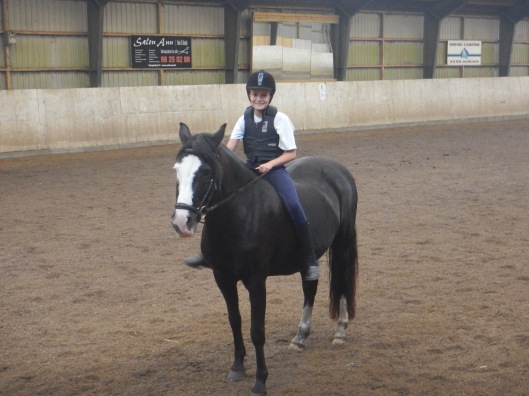 Originally, the plan was to stay only a couple nights…yea that changed…and then changed again…and yet one more time until I had spent a week with this great family. Throughout my stay, we did many different actives and saw several various sights. Hopefully I can remember it all so here it goes! Oh and I can’t forget all the tasty food, snaps, red wine, and beer.

First on the list was to speak at Silas’s school. Not going to lie, I was a little nervous talking and giving a presentation since it has been quite awhile but as far as I know it went good. Luckily for me, the class size was small and we ended up talking the full time about my trip. This was definitely a cool experience. After school let out, Silas gave me a little tour of the city visiting the Aalborg Tower as well as the Lindholm Hoje Museum (Viking Museum). 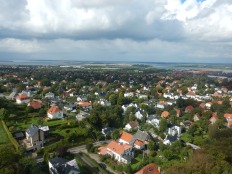 Riding with Silas as he shows me the sights

Yea he wanted my sandwich!

Henrik was able to show me the factory he works at. They produce airbags for shipping containers that fill up the empty space between pallets. Walking around and seeing the process was very intriguing. What was supposed to be a short visited soon turned into a couple hours as Henrik was put to work fixing one of the machines. Thats okay though, I was able to see the ‘behind the scenes’ part of what keeps factories running constantly and learn some more about business.

The picture says it all

As Thursday swung around, it was time to head to the skatepark! Yea…its been quite awhile since my last visit. Silas had a spare scooter, so we went and had a blast. He taught me some tricks and made other ones I could only dream of making. Simply put, he’s pretty good.

Time for my first unicycle lesson and to Isabella’s class we headed. Back in my younger days, I owned a unicycle that a family friend had given me, but never was able to pick up the hang of it. It is not easy!!! Isabella was able to show me the ropes as well as show some different skills and tricks. Both these kids impress me with the many talents they have.

Friday came, one of the days I was originally planning on leaving but instead it was time to go play at the pool with Henrik, Silas, and Isabella. Swimming, diving, sitting in the ice bath, and the sauna were only a few things we did. Another great day! Yet, there was just something keeping me in Norresundby one more day. Oh yea..I hadn’t mastered the unicycle yet. Today was the day! Both Silas and Isabella had unicycle class and I was invited. Ill let the pictures and video do the talking.

Enjoying my time with Henrik

Hanging out on one wheel

Lotte and Henrick were nice enough to find time and show me around Aalborg as well. There are some cool sights here and old factories that have been repurposed for modern use.
So much to say about this great family. I had such a good time and enjoyed every second in Norresundby. Even got to do some mountain biking through the military area as some tactical training was going on (yea I can’t read Danish). It was great getting to know each of them, spending time and making memories that I won’t forget. I could go on much more but in the end I can’t wait until the next time our paths cross!

An old silo. One of the many cool sights in Aalborg

View over the Harbor

If you couldn’t tell…We had a blast together! Thank you guys!!!