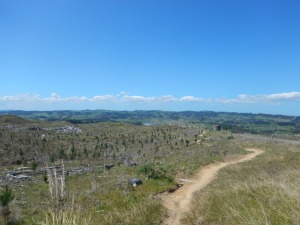 Some singletrack to start the climb

First stop with the car was Woodhill Mountain Bike Park just north of Auckland. Arriving in the afternoon, it gave me plenty of time to ride some good fun trails. After talking to one of the employees, he pointed me in a direction and off I went on my first loop. Half way through right after completing one of the downhill sections, I met Chris at the bottom. We talked for a little while and he then guided me through some more of the best trails that the park had to offer. It was a blast and I was loving riding some single track again! Eventually we made it back to the parking lot and he headed off as I went out to hit some more jumps and gaps. It was a great day of riding but on the down side, my IT Band started acting up again.

A teeter-totter and other fun obstacles

And a nice view with the ocean not far away

The next day, I was planning on riding Riverhead and moseyed my way over there. Again I met a fellow riding in the parking lot and off we went up the hill! Riding one of the trails to the bottom, the trail was still wet with puddles everywhere. The clay base also didn’t help out making it super slippery. Yea, at the bottom I was covered in mud with it splattered everywhere and the bike wasn’t much better off. It was a great run though and up we headed for a second. Half way through the short climb my knee started hurting again. I was only 20 minutes into riding! Trying to enjoy the trail down, my knee wasn’t having it and started aching and locking up on me. Not even being able to ride for 30 minutes was a tough one to swallow. So with that being said after talking to some people, I have decided to lay off of the riding for the next month. It is a downer and a bummer but hopefully it will open up some different opportunities.

All covered in clay mud at Riverhead. Still a great ride!

Sunday came upon me and I headed to hang out at one of the near by beaches. As I pulled up and parked, there was a knock on my window. This was startling and unsure of what to do, I turned my head and saw Chris (the guy I mountain biked with) standing there laughing. We got to talking and he had just finished wind surfing so we grabbed a coffee. Afterwards, I headed back to Woodhill where they were having a demo day and hung out with a couple of the guys from the shop that worked on my bike and I had made friends with. Not riding was one of the hardest decisions to make but I really want my IT Band to heal up in hopes of possibly getting some riding in in the future. 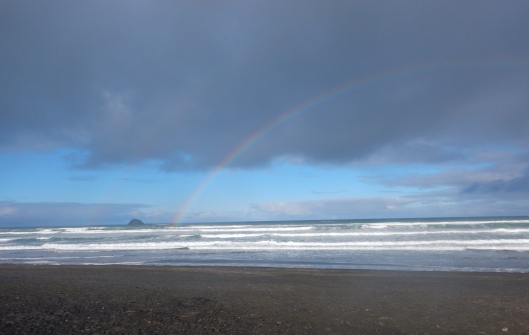 Heading further north, I came to Tokatoka peak and made the short climb to the top. It provided some wonderful views over the surrounding area.

A quick and steep ascent 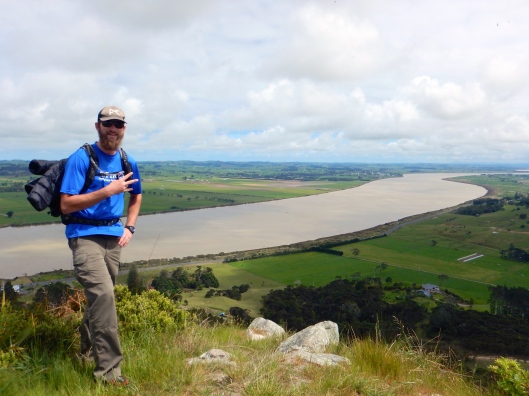 But with rewarding views at the top

Making a stop I enjoyed the peaceful Lake Kaiiwi all to myself with no one around. Upside!

The goal was to head to the scuba shop and talk with them about some possible dive trips and see if I could work some to cut down on the $500 cost to do my Advanced Open Water with the two wreck dives in the area. It didn’t work out which was a downer but maybe at a later date I might be able to spend that kind of money to dive.

On the upside, driving part of the coastline has rewarded me with numerous amazing views. 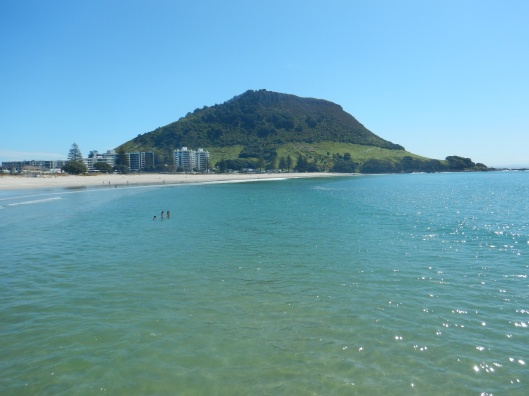 Looking up again, I even found some prime camping spots right on the water.

Enjoying the sunset over Port Albert

What a great sunrise over Kaiaua!! Well worth waking up for

New Zealand is full of adventures and awesome places to discover along their roads. 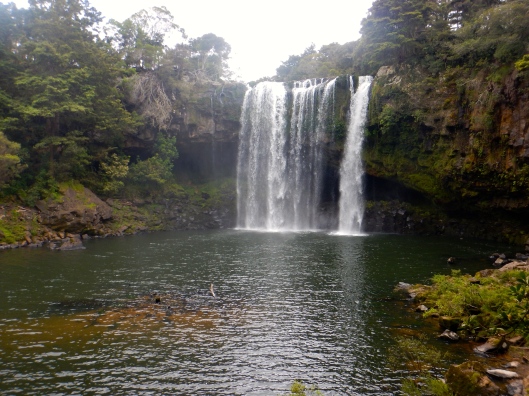 Rainbow Falls, the water just looks inviting but still a little too cold

Martha Mine an open pit gold mine 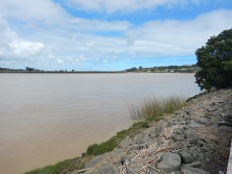 Wairoa River…Didn’t think I could find a river as muddy as the Colorado! 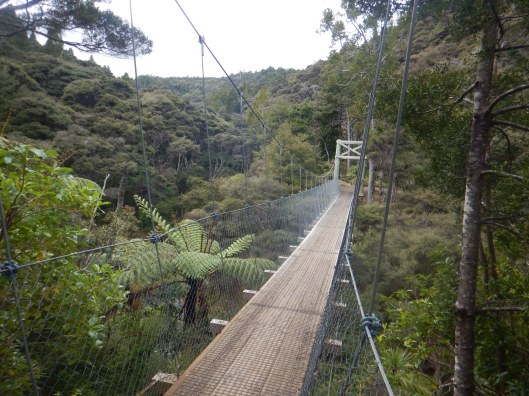 One of several suspension bridges used for hiking

With all of this being said, I am on my way to Rotorua where a friendly host has decided to put me up for two nights. Im sure he will be able to point me in the direction of some cool things. It is definitely hard not being able to ride or hike much at all. So far I have managed to get through it but it is tough and disappointing since I was really looking forward to riding some awesome trails during my stay here. On the up side I managed to find a 5 day kayak adventure that travels 145km (90mi) down the Whanganui River. That is next week and I am definitely looking forward to it! So there you have it the ups and downs and rough start to the travels in New Zealand.