After dropping Maesyn off at the airport, I had 10 days to kill as I made my way from the northern park of New Zealand in Auckland, across the ferry to the south island, and to Christchurch where my family was scheduled to arrive. With the knee feeling better, hopefully i’d be able to get some riding in along the way.

First stop was the redwoods just outside of Rotorua. Two days of riding were enjoyed here. Lots of good trails weaved and criss crossed through the forest. Different riding than I am used to in Arizona. A main fire road lead to the top of the mountain (roughly 20min climb) and then you chose which route to take down. Pretty much ride up the road take single track down, repeat as many times as your legs can handle it. Berms, jumps, and various obstacles were built into the track to keep one on their toes while riding. I was also able to work on my hang time with a section of the park dedicated to jumps, rollers, and a slalom course. It took several attempts but I finally was able to hit the 7 (8ft-15ft) jumps nice and smooth all in a row. 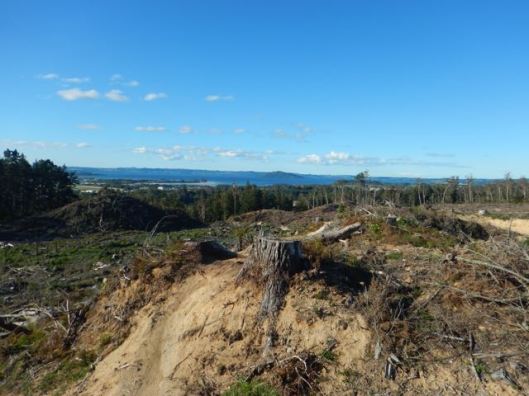 Heading further south, it was time to stop in Taupo and enjoy some trail riding in the area. After swinging by the local bike shop, the owner pointed me in the direction of a good 30km (18mi) trail just outside of town. Unloading the bike, I met a German who had just pulled up to ride as well. We joined forces together and headed off to ride. Neither of us had high expectations for the trail ahead since it followed the coastline of the lake. Much to our surprise, there were some steep ascents with flowing downhill on the other side paired with several amazing views. 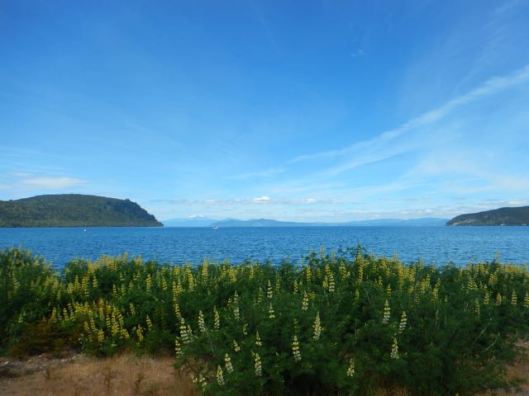 Some of these views just can’t be beat 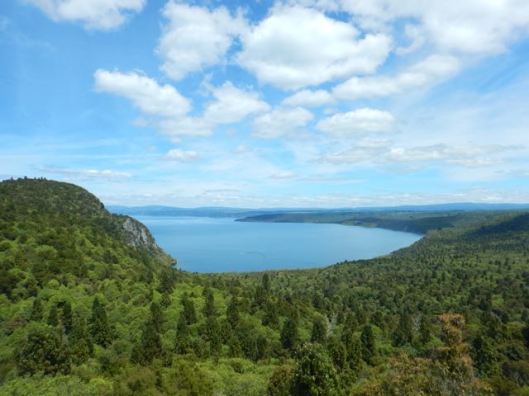 Sunday was upon me and I wanted to make it to Wellington in time to go to church with Fred, Peter, and Susan. They had a guest speaker that week from Nepal and it was really cool to hear her story and the mission work going on there. Afterwards, Fred and I were able to grab some food and catch up. A new friend that I made along the way that was a friend of a friend. He was super nice and I was able to spend the night at his house that night since I missed the ferry crossing. Just some more generosity that was shown to me along the way! Thanks Fred and hopefully get to see you when you come to Az!

Goodbye north island and hello south island! Getting off of the ferry I picked up my car and was off to find a prime camping spot on the water down a winding dirt road. Boy was it gorgeous and the drive was just as incredible. Before arriving on the south island, I put some feelers out on warm showers to see if anyone could host me for a couple days in Picton. I was still bouncing back and forth on whether or not I wanted to bike the Queen Charlotte Track or not. The knee was feeling good but I really didn’t want to over push it and be back at square one. Well Ernest and Ana said they could host me and that was that! Guess I was going to do an overnighter bikepacking trip.

They opened up their house to me and were very welcoming. This was great so I could park my car and leave all unnecessary belongings without having to worry about them. In the morning before leaving on my trip, Ana made a delicious breakfast with poached eggs. A yummy way to prepare for some riding! Thanks Ernest and Ana for everything! I really appreciate it and opening up your house to me during my travels. 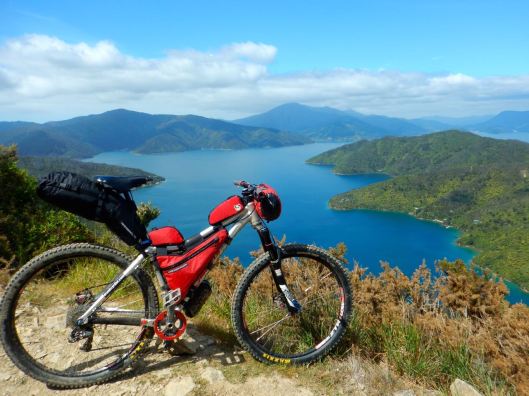 After completing the Queen Charlotte Track (read more on it Here) I slept one more night in Anakiwa at their house. Morning came and my family was arriving. I had to get to Christchurch! So much to do still. A 4 hour drive along the coast (quite enjoyable actually), find a bike box, and drop my bike off at another warmshowers house to store it (much appreciated). This put me at the airport just 10 minutes before they arrived and boy was I excited to see them!